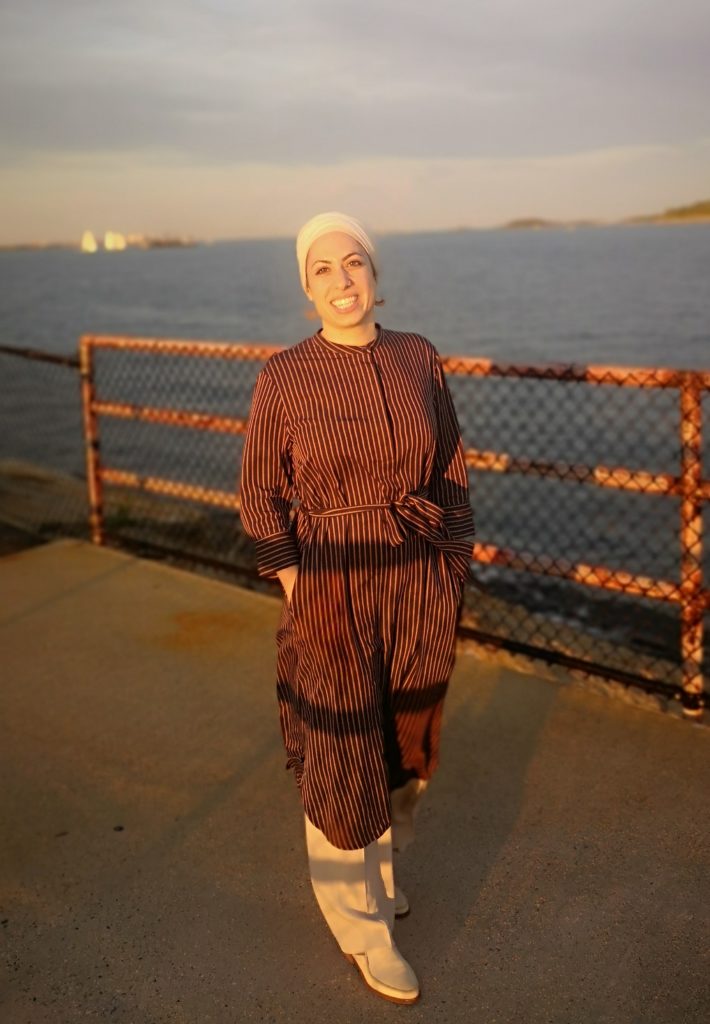 Nada Ashkar is a Registered Acupuncturist, classically trained Taijiquan and Qigong teacher, and a meditation guide. She holds a combined Honours Bachelor’s degree in Humanities and Philosophy from Carleton University (The College of the Humanities), a diploma in Acupuncture, and is expanding her scope of practice and clinical skills through the ongoing study of Chinese herbal medicine and advanced TCM training. She has additional special training in Cosmetic Acupuncture, Neuro-Meridian Acupuncture, and Japanese Moxa (Okyu), yoga and the internal arts. Nada has received training in The Magraw Method (somatic trauma release work) and maintains an ongoing mentorship with highly specialized body-mind coach, healer and retired psychotherapist Kristi Magraw. Nada is also a faculty member at the Ontario College of Traditional Chinese Medicine (OCTCM).

Nada has trained in various martial arts since the age of 10, achieving her 1st-degree Black Belt in North American Free-style Karate at 15 years of age with 10-time World Champion, Steve “Nasty” Anderson. She has more than a decade of training in the classical Chinese Internal Arts system with Sifu Dylan Kirk of Spiritwind Internal Arts. Through Sifu Dylan, Nada has learned Taijiquan (Tai Chi), Qigong, Baguazhang, Kung Fu, Lin Zi Jin Luo Qigong therapy, Dao In Yoga, Neigong (Taoist meditation), I Ching, and Chinese medicine principles. Having taught martial arts since she was a teenager, and Qigong, Taiji, Dao In Yoga and meditation for a number of years, Nada has a love for and natural inclination towards teaching. She has also completed a 200 hr Ashtanga & Vinyasa flow Yoga teacher training.

Nada’s approach to her work has been fundamentally influenced by a unique convergence of her upbringing by her Lebanese parents as members of a large diasporic community, her experience as a child athlete, her academic study of The Great Books, and her encounters through travel, study, and direct experiences of many spiritual traditions and ways of life. She was always naturally inclined towards Taoism as a way of living and relating to nature since early childhood and later, after a friend handed her the Tao Te Ching, became enamoured with Taoist philosophy in its profound simplicity and lucidity. Nada is passionate about traditional, holistic systems of medicine and spirituality and has a deep interest in the mind, its role in affecting health and the body, and the metaphysical process of self-discovery (spiritual psychology). She has sat through several Vipassana Buddhist meditation retreats (traditional Burmese style), and maintains a regular practice of various forms of meditation (ie. self-inquiry, abiding in Presence meditation – muhasaba and muraqaba). She has been strongly influenced by the pointings of Advaita Vedanta Master, Mooji, and Islamic teachings. She is engaged in ongoing study of the Islamic sacred sciences with various preeminent Muslim scholars from around the world.

To to setup a free no-obligation phone conversation, call/leave a voicemail message at 647-340-0897 or you can message Nada through the contact form in the “Contact” section.

The initial complimentary conversation is a 15-minute phone appointment to help us establish a connection and get an understanding of your health needs. It will give you the opportunity to ask any questions you may have.